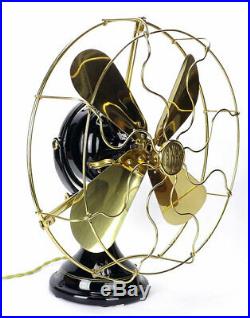 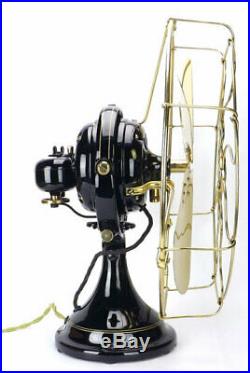 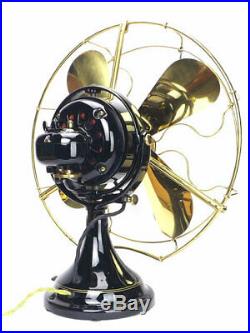 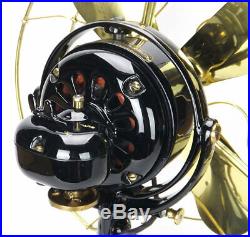 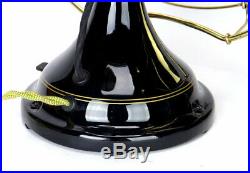 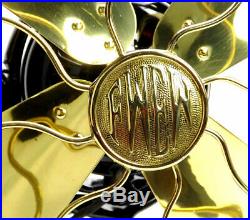 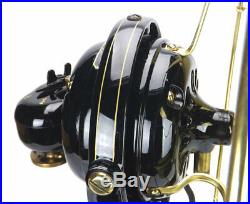 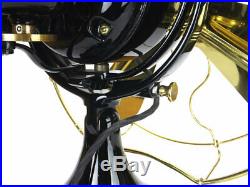 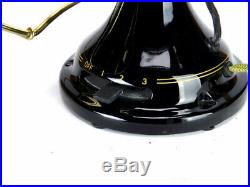 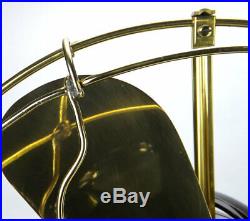 Antique Professionally Restored 16 FWEW Kidney Oscillator Desk Fan. AntiqueFanParts is pleased to make available. Professionally Restored 16 FWEW Kidney Oscillator. His fan features a brass blade and guard that have been professionally polished and clear coated. This fan has been finished using a single stage Acrylic Enamel Automotive Paint. It also features beautiful hand painted gold leaf pinstripes. Fan runs excellent on 3 distinct speeds. The original fragile gearbox has been replaced with a much more reliable cast brass example. There is an older silver repair to one of the bends in the guard, this joint appears very solid and sturdy. Carlton’s rich history began when he was just 8 years old, collecting coins. He spent many hours looking through rolls of pennies in order to complete his “Wheat Penny” collection. As he grew older, Carlton’s interests turned from coins to cars. As a car-obsessed teenager, Carlton managed to find after school work in a body shop, he became very close with the owner who started teaching Carton the art of body work and spraying. Eventually his own car received fresh paint. Carlton later moved on and went to college. After college he put his collecting efforts on temporary hold and got a real job. During his working years, Carlton was employed with the United States Postal Service performing vehicle maintenance. Carlton has always been interested in antiques and early Americana. During his early collecting years he was drawn toward antique cars and wood case radios. He was a regular fixture at many antique and automobile shows throughout the South and along the Eastern Seaboard. One of his favorites is the Hershey Car Show, known as being the world’s largest old-car swap meet, held in Hershey, Pennsylvania. The fan collecting had begun. It was in 1988 that Carlton made the acquaintance of another antique enthusiast Monty Young, a charter member of the AFCA. Monty possessed amazing restoration skills which were honed during many years of working as a professional restorer of antique cars. Their close friendship lasted until Monty’s passing in 2008. Carlton has attended more than 25 Fan Fair’s. Carlton’s high quality restoration work is easy to spot at any fan meet. His brass polishing techniques, paint work and bold pin-stripping, are flawless. For years now, Carlton has been a majority contributor toward the annual Fan Fair raffle fan by providing donations, as well as complimentary restoration services. Carlton Does Not do Restorations as a Business so Having the Opportunity to Own One of His Works is Rare. We are proud supports of the AFCA and its continuing preservation of Antique Electric Fans and their owners. The item “Antique Professionally Restored 16 FWEW Kidney Oscillator Desk Fan” is in sale since Wednesday, February 13, 2019. This item is in the category “Collectibles\Kitchen & Home\Electric Fans”. The seller is “antiquefanparts_dot_com” and is located in Hickory, North Carolina. This item can be shipped to United States, Canada, United Kingdom, Denmark, Romania, Slovakia, Bulgaria, Czech republic, Finland, Hungary, Latvia, Lithuania, Malta, Estonia, Australia, Greece, Portugal, Cyprus, Slovenia, Japan, China, Sweden, South Korea, Taiwan, Thailand, Belgium, France, Hong Kong, Ireland, Netherlands, Poland, Spain, Italy, Germany, Austria, Bahamas, Israel, Mexico, New Zealand, Singapore, Switzerland, Norway, Saudi arabia, United arab emirates, Qatar, Kuwait, Bahrain, Croatia, Malaysia, Uruguay.